Former Meepo Of Gfaq. Official Techies of Gfaq, sometimes it is not enough to watch the world burn. Wasn't that the whole idea of the "new" system? People get angry when they visibly lose points or they call others out for having a low rating. So valvo obfuscates things a bit so your average jerk doesn't see it cause out of sight, out of mind.

It's undoubtedly for the same two reasons as always and has been blizzard's strategy since the disaster that is sc2 ladder. They want to appeal to casuals who are afraid of mmr changes as well as discourage toxicity since the icon has much less meaning. It might also be intended to discourage account buying, which seems to be every '5k' player i've run across. You can still view your mmr on the stat page if you want the exact number.

More topics from this board I have not played in 27 days. Keep me logged in on this device. Forgot your username or password? In pubs most of the time I play support and I found that frustrating because even if you're pulling, stacking, warding people don't have knowledge of what they're supposed to do as a carry or a mid.

They chase, go for the kill when I'm warding, or when I'm pulling. Or the mid stay afk in the jungle 5 minutes waiting for a gank and then ping like a mad. Maybe I'm just frustrated by the last days and today will be better I hope , but playing support at a low MMR like 3k is not the best experience that you should wish to someone: So there's no difference between winning as a support or as a carry. People tend to act as if you do some things as a support and then you're golden - you're playing nearly perfectly, but the reality is that if you're playing carry at 3k MMR, your support is similar level and you can do much better in that role too.

And after this, there's the issue of having too many carries and too few supports, so that playing support, IMHO, makes your impact higher on an otherwise five-core team. So what I'd do in this situation is just pick accordingly to what the team needs, or take a few days off if you're pissed. It's just a game, you're meant to enjoy it. I enjoy the competitive side of gaming, it started with StarCraft but I don't play it anymore got top 8 masters at my peak and then my will to improve faded away, it required too much time to improve more so I switched my attention to DotA.

I truly want to raise my MMR to play at least at a semi-competitive level and until that I won't find enjoyment because the games are pretty much every time stomps or really dumb.

Maybe I'm wrong and there is no real difference from 3,5K to 4K but for me is important to improve. I enjoy the fact that one month ago I was worse than I'm now, the sense of improving you know. Actually I don't find useful play at my current MMR, it's pretty obvious what my team lack and I can't overcome all of the issues of my team, I'm not saying that I always play well and it's only my teammates fault but I can swear that 8 out of 10 games I have really dumb people that ignore every logical choice and just do retarded shit and ruin the game for me and for the other people that wants to play a good game.

You're saying all the stuff all 3k mmr players say. Do you see mids ganking in pro games? It's better for supports to gank mid than it is for mids to gank. 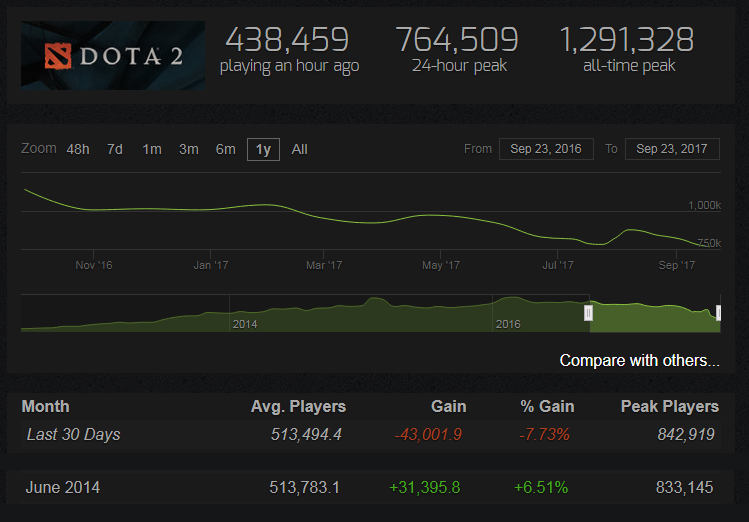 Yeah you will lose some games that go super late because you are not a core, just like you lose games super early because your team fed when you are a core. Having said that pick supports that do stuff like shadow shaman, witch doctor etc Anyway I'm not saying pick support every game, but I agree that picking what your team needs is probably the best strategy. Otherwise you can pick heroes that generally just do well no matter what like mirana, axe, centaur, etc I'm probably the only one that never asked to a mid to gank unless he's slark or nightstalker: D thank you anyways, shadow shaman is a great suggestion, unfortunately I hate witch doctor.

Mirana is another great hero for what I'm trying to do. You don't need to play support just because nobody is buying support items.

The Noob's Guide to Raising Your Solo Ranked MMR

Think of it this way, a ward costs g. You avoid ganks, ensure safe farming locations etc. How much gold do you think you will get out of two sets of wards? Play selfish, don't rely on others and always blame yourself for a loss.

You're the only factor in any solo game, if you lose it's because of you not because of your teammates, not because of lag not because of whatever. On May 19 I recently got matched with a 5k MMR guy who played support and watching him play really showed me two things: I have a lot of room to improve in my support play and a good support makes a huge difference. I dunno what players are like at 3k but if you really feel like you are much more skilled than your colleagues you might want to play big playmakers like nyx, aa, disruptor, sk, enigma etc and then improve your support play i.

It will be boring but it gets the job done. Support is the hardest and most frustrating role to play in pubs. I honestly dont understand how you lose mid after your supports get you fb on the other mid player Also get mic, communicate with your teammates, some people actually listen do what you tell them and game goes much smoother. I moved this to dota 2 general, it seems more appropriate there.

Playing support you can have the same impact as any other role in any mmr bracket. At higher mmrs like past 4. Maybe try some skyrath definetly not a easy hero to use but is incredible to achieve incredible things with good use and minimal items. I feel you, I have very similar experience.


I was about and recently dropped to I am aware that I have lot to improve on, but it really gets frustrating. Not because others play badly, that is to be expected, but because they are straight up retarded and just flame in non-english languages from Its the same as when you play CM or CP, noone wants to be captain, yet once you click the button, EVERYONE knows what you should do and flame you if you dont listen to their really stupid suggestions , resulting in "lol report captain, retard, screw this im feeding".

When playing AP, I always try to pick last and pick what is needed so most offten support. It gets frustrating from time to time, but to me it is the same as playing core, doing well in lane and then getting overrun by fed mid. When playing support ,5k mmr, my strategy is usually something like this: Pick high impact support my favourites are Dazzle, WD, Shadow shaman, distruptor and when there is someone who looks like he can solo, enigma and I try to stay close to lane and help him out.

After the laning stage, you are usually able to tell who of your teammates cores has some brains and once I get to midlane, I stick to him.